Bayes theorem is a widely used statistical technique. Its applications range from clinical trials to email classification, and its concepts underpin a range of broader use-cases. But is it possible to understand Bayes theorem without getting bogged down in detailed math or probability theory? Yes it is — this article shows you how.

Bayes theorem is named after the English statistician and Presbyterian minister, Thomas Bayes, who formulated the theorem in the mid 1700’s. Unfortunately, Bayes never lived to see his theorem gain prominence as it was published after his death.

Bayes theorem has since grown to become a widely used and important tool in statistics. It underpins a range of applications in science, engineering, the humanities and artificial intelligence.

Say you wanted to head out for the day and are deciding if you should take an umbrella. You look out the window — it’s cloudy.

To help you decide, you look at some local weather data over the past 100 days. It says:

What does this tell you?

Well, of the 40 cloudy days, 25 were raining. You know this because there were only 25 days on which it was both cloudy and raining.

You look out the window and let’s imagine it’s raining but not cloudy (a ‘sun shower’). Will it become cloudy?

We’re now trying to estimate the probability that it will be cloudy given it’s raining.

So, the the probability that it will be cloudy given it’s raining is 83.3%.

To make things clearer, let’s apply some notation to our example:

Let “the probability that it will be cloudy” be “prob(cloudy)”

You’ll notice we’re using the symbol “|” to mean “given”, which is another way of saying “conditional upon”. So, prob(rain|cloudy) and prob(cloudy|rain) are both conditional probabilities.

In contrast, prob(cloudy) and prob(rain) are not conditional on other variables and may be called unconditional probabilities.

From the example we know that:

Another way of saying this is:

Congratulations, you’ve just stepped through the essence of Bayes theorem!

Bayes theorem is another way of calculating a conditional probability.

In our example, looking at Equation 1 and Equation 2, you’ll notice the term ‘prob(rain & cloudy)’ is common to both.

Equating for the common term ‘prob(rain & cloudy)’ in Equation 3 and Equation 4:

This is Bayes theorem, applied to our example.

We could also write:

If we were to generalize the expression, we could write:

This is Bayes theorem, applied to any ‘events’ A and B.

You may hear the terms posterior probability or prior probability used in relation to Bayes theorem. These refer to ‘prob(A|B)’ and ‘prob(A)’ respectively in our general expression above.

Is it going to rain?

Let’s now use Bayes theorem to answer our original question, “the probability that it will rain given it’s cloudy?”:

So, we’ve used Bayes theorem to calculate our answer, which is a conditional probability, and it agrees with our earlier answer (62.5%).

But, if we can get to our answer directly, why do we need Bayes theorem?

When to use Bayes theorem

Bayes theorem is useful when you don’t have enough information to directly calculate a conditional probability.

In our example, let’s say we say we knew only the following:

If we wanted to estimate prob(rain|cloudy), our original question, we could use Bayes theorem to calculate it (62.5%).

Another important concept related to conditional probabilities is conditional independence. This can greatly simplify statistical calculations and can be applied to Bayes theorem to produce useful results, as we’ll see later.

Two variables a and b are said to be independent if:

When a and b are independent, then:

Two variables a and b are said to be conditionally independent with respect to a third variable c if:

Why does all this matter?

To make this clearer, let’s look at some examples from Aerin Kim, a data scientist who has written a more comprehensive, technical description of conditional independence.

Looking at the first example, there’s no particular relationship between lung cancer and yellow teeth, but they may often occur together. In other words, there’s a correlation between the two. This may lead us to believe there is indeed a relationship, or causation between them (ie. we may think they’re not independent).

These examples of conditional independence highlight another important concept in statistics — correlation vs causation. Just because two events seem correlated, it doesn’t necessarily mean that one causes the other. They may actually be conditionally independent based on another variable.

Note that in our example, the events of ‘cloudy’ and ‘rain’ are not independent — we can see this from Equation 5:

What if, however, we consider a third variable — condensation. This causes both clouds and rain and may be the reason for the apparent relationship between ‘cloudy’ and ‘rain’. So, cloudy and rain may be conditionally independent based on condensation (although a meteorologist may disagree!).

To get a better feel for how Bayes theorem works, let’s try a simple calculator.

We know Bayes theorem states that, for events A and B:

In our example above:

Try entering different values for prob(A), prob(B) and prob(B|A) in the calculator below, to see how these change the value of prob(A|B) using Bayes theorem.

You can, of course, imagine a variety of events, not only those connected with the weather!

Now that we’re familiar with Bayes theorem and know how to calculate it, let’s look at some applications.

In general, Bayes theorem is useful in cases where:

Example applications of this approach include:

A useful way of applying Bayes theorem is in situations where updated information becomes available.

The idea here is to update a probability estimate (posterior) based on an initial belief (prior) once new data becomes available. This is called Bayesian inference.

Consider the example of testing a city’s water supply for toxins. Let’s say that you wish to estimate the probability that the level of toxins exceeds the maximum allowed on a given day. Let’s call this prob(unpotable).

You can estimate prob(unpotable) from existing data or assumptions.

Now, imagine that there’s been a huge storm. You know that this can affect the level of toxins in the water supply due to the storm’s run-off. You wish to update your belief, ie. update your estimate of toxin levels using this new information. This is where Bayes theorem can be helpful.

Classification is an important task in many machine learning and natural language processing applications.

Bayes theorem can be applied as follows, where classification into each class is based on some observations obs:

In practice, although prob(class) and prob(obs) may be easy to estimate, the conditional probability prob(obs|class) may not. This is because there may be a relationship (dependencies) between the input variables.

Naive Bayes classification is a form of supervised learning that uses a generative probabilistic approach. It’s a widely used application of Bayes theorem.

One limitation of naive Bayes classification is that the assumed conditional independence between input variables often doesn’t exist. Nevertheless, it’s a relatively quick and efficient model that produces good results in many cases (here’s why). This has helped to make naive Bayes a popular choice for classification tasks.

It is useful in cases where estimates of joint probabilities between events are not available or are difficult to calculate. It also offers solutions in situations where conditional independence between events can be assumed, greatly simplifying the required calculations.

The essence of Bayes theorem is relatively easy to understand from real-world scenarios, as this article shows.

Knowing about Bayes theorem and its related concepts can be very helpful for students of statistics or other areas in which Bayes theorem is applied — science, engineering, the humanities and artificial intelligence amongst others.

What is Bayes theorem?

Bayes theorem is a widely used relationship in statistics and machine learning. It is used to find the conditional probability of an event occurring, ie. the probability that the event will occur given that another (related) event has occurred. It is named after the Reverend Thomas Bayes, an English statistician and Presbyterian minister, who formulated Bayes theorem in the 1700’s. It has become a popular method for calculating conditional probabilities in many real-world situations.

When can Bayes theorem be used?

Bayes theorem can be used whenever the conditional probability of one event based on another event needs to be found, but where the available data doesn’t (easily) allow the calculation of joint probabilities. Examples include psychology (the probability that a person is depressed given they achieved a minimum score in a depression test), email spam identification (detecting spam messages given the presence of certain ‘red flags’) and engineering (predicting machine failure given a certain ambient temperature). In a world increasingly dominated by powerful, automated technologies, it’s easy to lose sight of our humanity. See how emotional intelligence is becoming more relevant, rather than less so, in the modern age. 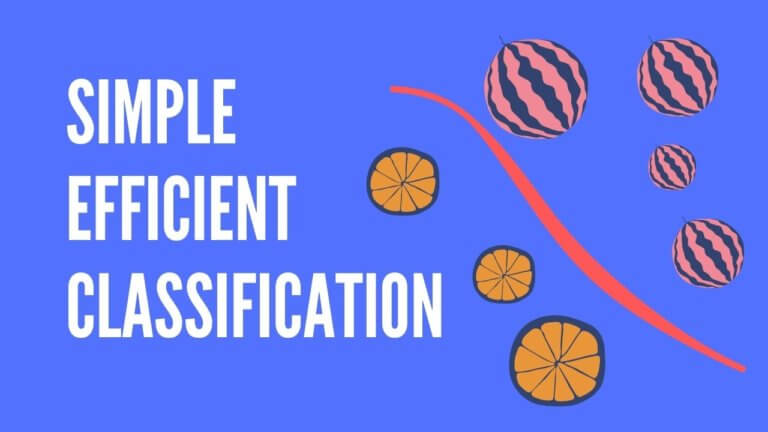 The assumption of independence underlying naive Bayes classification may be unrealistic, but it doesn’t always hinder performance. Artificial Intelligence (AI) is a term you’ve probably heard before — it’s having a huge impact on society and is widely used across a range of industries and applications. So, what exactly is AI and what can it do? Here’s a straightforward introduction. What kind of learning is naive Bayes classification—and why?