Forex trading is often promoted as being easy, automated, and very profitable—but is this too good to be true?

A young man in a cut-sleeve t-shirt is talking to me.

“Have you ever wanted to make money without any complicated software, all happening automatically, using a simple app on your mobile phone, and working from anywhere in the world?“

The system that the man is describing is a forex trading application, and he was peddling promises that sounded just too good to be true—“guaranteed success, easy money, live the life of your dreams!“

Can a system touted by some young man—the likes of whom you’d think knew nothing about financial markets—really work so well?

All my senses were saying “of course not!”.

But I’m aware that people like this man are appearing all over the internet. And by all accounts, they’re doing very nicely for themselves with their “systems”.

You may have seen this kind of thing before. Forex trading is touted as an easy way to make money—it’s been a hot commodity over recent years—and apparently all that you need is the right system.

But, surely, it can’t be that easy!

Life just doesn’t work that way, and systems that promise amazing results with no effort and minimal risk are almost certainly too good to be true!

And you know how the saying goes—“if it sounds too good to be true, it probably is”.

Yet scams abound—huge amounts are invested in promoting them every day—and this suggests that lots of people are making a lot of money by selling them.

Nevertheless, forex trading is a legitimate business and there are many successful forex traders around. But there’s a right way and a wrong way to get into forex trading.

In this article, we’ll consider the warning signs of forex trading scams—what to look out for and what to be aware of—so that you don’t fall victim to one of the unscrupulous operators in the forex trading world.

What to look for in a possible trading scam

According to Andrew Lockwood—veteran forex trader and head of Forex Signals, a trading education and mentorship community—the most common areas to be aware of in relation to potential trading scams are:

Let’s look at these a bit closer.

Luxury cars. Money. Champagne. Token-good-looking-people. These trappings of success are designed to entice just about anyone.

Who wouldn’t want to live the life that these scammy traders promote?

The only problem is—it’s usually all fake!

Trading takes discipline, knowledge, and practice to be successful, so if you’re looking for a get-rich-quick scheme, then trading probably just isn’t for you.

If you see flashy lifestyles being portrayed as being as easy to achieve as a stroll in the park, then whatever system is being promoted is likely a scam.

Would you be interested if your favorite celebrity was telling you about a great system for making money?

Many of us would at least be curious. And we’d probably trust what our favorite celebrity was telling us.

Chances are, however, it’s probably a fake endorsement.

It’s likely that your favorite celebrity wouldn’t want to associate themselves with questionable money-making schemes. Most celebrities already have plenty of more legitimate endorsement arrangements in place.

So, if you see a celebrity endorsing an online trading system, be wary—it might just be a scam.

What are trade signal services?

They are actionable trade ideas provided as a service. They may be sent to you via email, social media, or a messaging system.

If you join a trade signal service, you’ll need to pay a fee to be sent the trade ideas.

But do they work?

Unfortunately, according to Lockwood, most trade signal services have, at best, a 50:50 win ratio. Some are worse than that.

Keep in mind that some of these signals may make profits over short periods of time—it’s just the laws of probability playing out.

But in the long run, they’ll average out to break-even or a losing ratio (and that’s before the fees that you pay for getting the signal in the first place).

And if you think about it, if there was a legitimate signal service that produced genuinely good results, wouldn’t the owner of that signal want to make profits for themselves?

A genuinely good signal is worth trading for proprietary profits, not for selling to anyone who’s willing to pay a fee.

The best way to make money with a signal that isn’t very good is to sell the signal (as the signal itself won’t generate enough profits in the long run). And that’s what’s typically on offer with trade signal services.

Be skeptical of trade signal services.

Expert advisors (EAs) are a step up from trade signal services.

Rather than just sending you a signal, EAs are full algorithms that automatically generate—and in many cases, can automatically implement—trade ideas.

Put another way, EAs are “forex trading robots” that can fully automate a trading strategy—welcome to the world of algorithmic trading!

They typically run on an established trading software platform, such as MetaTrader 4, and operate based on parameters that you can set.

So, an EA is simply an automated set of trading rules, coded into an algorithm. You can build one yourself, or you can buy one.

And EAs are popular. They offer lots of benefits—flexibility, time efficiency, and objectivity to name a few.

So, what’s wrong with EAs?

Automating a set of trading rules, in itself, isn’t necessarily a problem. Provided you’re happy with the rules that are being automated.

But when you pay for an EA, chances are that you’re not buying into a viable system.

The reasons for being wary of EAs are similar to those of signal services. EAs are just a more complete expression of trade ideas in a fully automated manner. This doesn’t guarantee success any more than it does for signal services.

And if a particular EA is genuinely any good, either it’s going to be very expensive (which could neutralize any profits that you’re likely to make along the way), or it’s not going to be sold at all.

Keep in mind that just because an EA is expensive, it doesn’t necessarily imply that the EA is good. There’s an old marketing trick that plays on the idea that “expensive=good”. EA vendors are no strangers to marketing psychology.

Be aware, also, of the type of algorithm that the EA uses. It may use a martingale system, for instance.

Martingale systems work by doubling up on losing bets in the hope that a winning bet will eventuate—in most cases it does, but occasionally it doesn’t.

The problem with martingale systems is that the winning bets are numerous but small. The losing bets don’t occur very often, but they result in huge losses—they can blow up a trading account!

So, if an EA uses a martingale system, it may appear that it’s doing a good job of generating consistent profits. But in reality, it may just be a “disaster waiting to happen”—martingale systems are inherently risky.

As always, do your due diligence if you’re considering an EA, and ask yourself:

If you’re unsure about an EA, the safest—and most likely, the correct—assumption is that the EA won’t be profitable for you in the long run.

Ok, so now we’ve looked at signal services and EAs, what’s the next step up?

These manage the entire process for you. You simply deposit some money in an account and the rest is taken care of.

While the concept is sound—you’re basically hiring a professional money manager—managed account services are prone to manipulation by unscrupulous operators.

A typical ploy is to ask for a small initial deposit, produce very good (artificially generated) results, and then ask for a larger (sometimes much larger) top-up.

Then they simply take your money and run! They’ll dissolve their business and set up another similar operation under a different guise.

They do it over and over again. And, unfortunately, it works. It’s an excellent business model for scammers with no moral code.

Legitimate managed account services do exist, however. But finding good professional money managers isn’t easy. And it’ll probably cost you a small fortune—while they do exist, they’re rare and they’re in huge demand.

If you are looking at a managed account, Lockwood suggests that you do the following:

And one more thing…

If you ever see recommendations for trade signal services, EAs, or managed accounts, beware of fake reviews.

In one particular example, a YouTube video about a product or service may have comments from a range of different viewers—each with different names and apparently different identities.

The viewer comments would be endorsing the product or service featured in the video, with statements like:

It’s not always easy to spot, but if a series of comments look too good to be true, then they may have been generated by fake user accounts. The comments are fake. The recommendations are a scam.

Be on the lookout for this.

Giri Rabindranath is a CFA Charterholder and holds a Master’s degree in Finance. He has over 25 years of professional experience in the financial industry. The views expressed in this article are solely for informational purposes and do not represent financial advice in any way whatsoever.

Risk Disclaimer: Trading CFDs, forex, and other financial instruments, especially if leveraged, is risky. It isn’t suitable for everyone and may result in loss, sometimes substantially more than the initial investment. Depending on the type of instrument, you may not own or have rights to the underlying assets. Past performance is no indication of future performance and tax laws are subject to individual circumstances and are also subject to change at any time. The information on this website is general in nature and doesn’t take into account your personal objectives, financial circumstances, or needs. 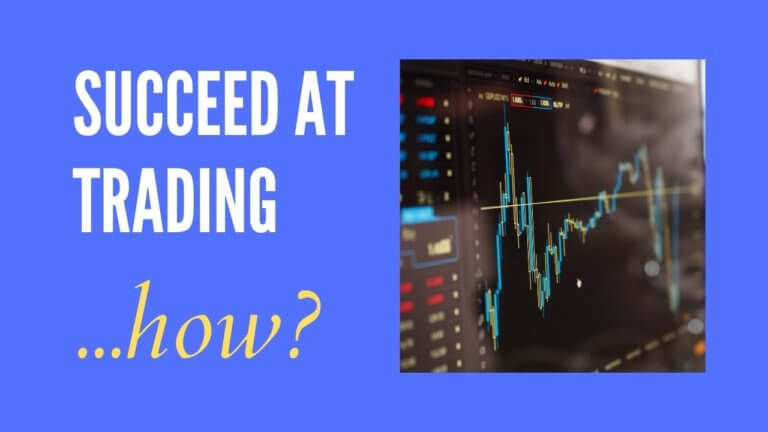 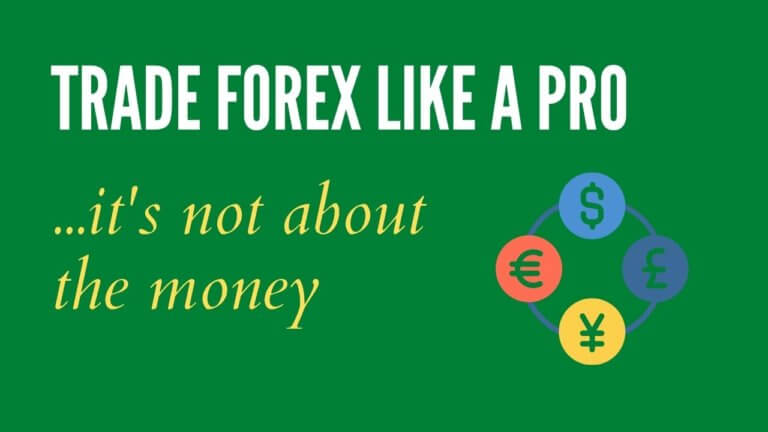 The real secret to trading like a professional isn’t about the money. 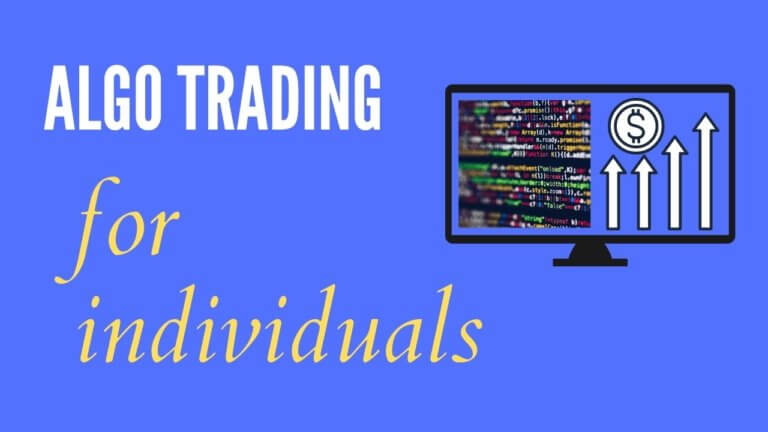 If you’re considering forex trading as a way of making money, read this. 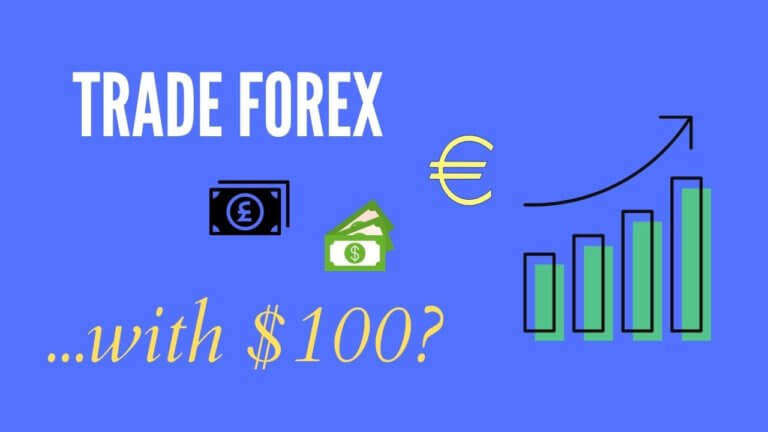 Forex trading is becoming a popular way to earn an extra income—and as more and more people get started with forex trading, a natural question is, “how much money do I need to start trading forex?”. 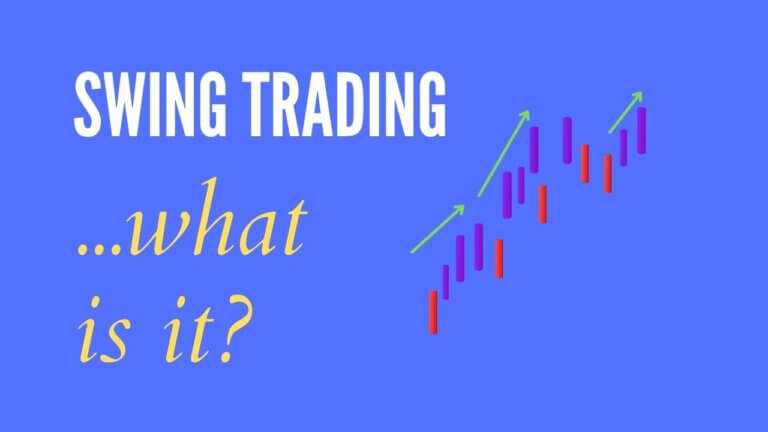 The versatile and effective trading approach for busy people.